Badass women of pop culture who empower us 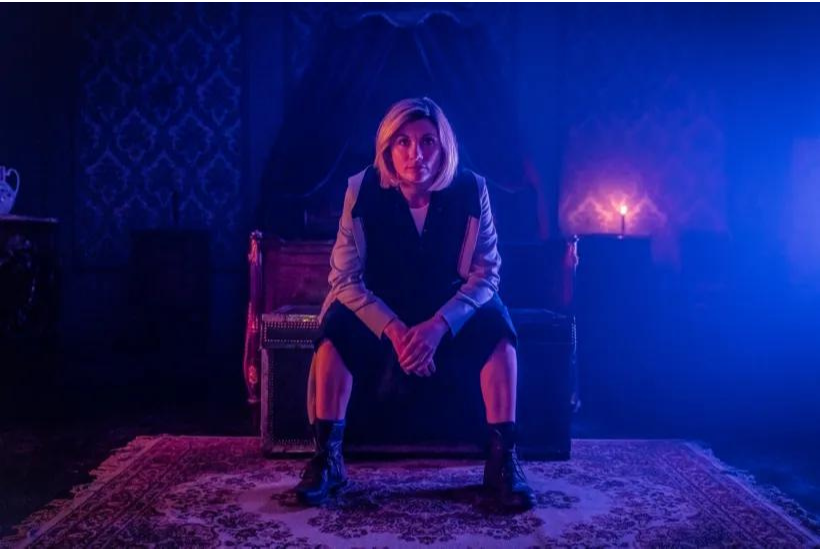 March is Women’s History Month, and March 8th is International Women’s Day! In honor of that, we are going to talk about some badass, empowering characters from our favorite pop culture outlets. I reached out to people on Instagram about this. I asked people to tell me who their favorite female character is and how she is able to empower them. Also, I will be putting my answer in here as well as Jennifer’s. (The owner of the Nerdy Vegas Chic shop)

13th Doctor from “Doctor Who”

She-Ra from “She-Ra and the Princesses of Power”

@erinsgogragh on Instagram says that She-Ra is her favorite badass, female character who empowers her.

I love She-Ra because she is a redemption character. Adora, while she was growing up, thought that she was on the right side. It took finding the sword of protection for her eyes to be opened and to see that she was fighting for the wrong side.

Upon lifting the sword and uttering the words, “For the honor of Greyskull,” she turned into She-Ra, a warrior princess, was was able to make up for her evil past by doing good.

She is the essence of self growth. She knew she made mistakes in her past but saw her potential to do better. By taking action and acknowledging her actions, she was able to help herself and others!

Cara Dune from “The Mandalorian”

She [Cara Dune] is strong, good, and beautiful, and she’s not a stick figure. I mostly admire her because she can take care of herself (including taking down men in fights!), but she’s not prideful about it. She is a good friend and does what is right.

@dinobot90 let me know how Jessica Jones empowers him:

Jessica Jones is an amazing character in comics and the Netflix series. She empowers me because she is a survivor. She dealt with horrible things, and after all that tragedy, she finds strength to continue helping people. That’s the reason why Jessica Jones empowers me.

@gissanesophia shared with me why she loves Peggy Carter so much.

Essentially, in a time where women weren’t at the forefront of fighting wars or even respected for any of their opinions, she stood steadfast in the belief that no one else’s opinion of her mattered as long as she knew her own value. She understood that it’s important to compromise when you can but where you can’t, you have to “plant yourself like a tree” and continue fighting for the things you believe in. She earned her place in the SSR and later SHIELD through hard work, determination, nobility, and always saw the best in people. And she did all this in high heels and red lipstick. A true queen.

@101cosplaystosee says she can empower others due to the fact that she is the most realistic anti-heroines out there.

Selina Kyle (aka Catwoman) is my favorite because of everything she has been through in life. She was abandoned as an orphan, grew up on the streets, and had to learn how to adapt and survive from all of that. It shows that no matter how dark things may seem in the moment, you can come back from that. Very street-wise and considered an anti-heroine, but she is able to “be bad” which really is by “doing good.” Example, when she would steal, she gave it to orphanages or to save cat charities all over the world. She’s essentially a female Robin Hood. She always had a plan, ready to act.

Growing up in Gotham, there was a lot of crime all around the streets. So, she had to adapt to that to protect herself. She’s doing what she has to do to survive. Selina Kyle represents a strong feminine power which bounces off the complicated, masculine power of Batman. She can be soft, she can be gentle, but never afraid to show her power and how independent she really is.

The reason I love Scarlet Witch is that she didn’t let anything stop her. She was scared to death to fight for the Avengers. I don’t know her comic book character, so I know it’s different. However, I loved that she had the opportunity to hide and not get involved, but she believed in the cause so much. She believed in protecting those people, protecting her family, and fighting with her friends that she was willing to put her fear aside and fight. She became a better person because of it. Also, she grew in that and she eventually became such a strong member of the Avengers!

Margo from “The Magicians”

Margo is unapologetic, fierce, and tough. She doesn’t take no for an answer, and “ovary ups” to all responsibilities. She fights for those she loves and will make the hard decisions and sacrifices. She empowers me to be strong and not take crap from anyone.

The one thing all of these pop-culture babes have in common: they are STRONG. These ladies fight for what is right and true. It is refreshing to see strong, confident, and also kind women in TV shows, movies, and comics who do not mess around when it comes to what they believe in.

Who empowers you? Let us know!